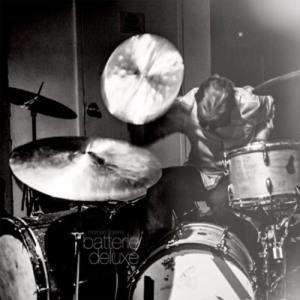 Morgan Ågren has an amazing resume, playing with everyone from Frank Zappa to Swedish prog legends Kaipa. What can one expect from a solo album from this legendary drummer? Even though it is called “Batterie Deluxe,” one thing it isn’t is a long drum solo. Ågren uses electronics, exotic instrumentation and samples to form the music which drums along with. This is a very experimental album to say the least.

“Batterie Deluxe” has a wide variety of sounds and moods. It is a very forward thinking, seemingly free form album that ranges from a quieter groove on “Grov 1” to the strange psychedelia of “Yläjärvi.” It’s hard to single out one track as “strange” since the entire album is quite strange at one time or another. The African tribal “Mamadou” stands out with its use of vocals and the wacked out “Lucky Luciano #2” has one of the best melodies over the top of some very fucked up electronics

The closest comparison would be what Pat Mastelotto has done with the King Crimson side band, ProjeKCt Three. The bottom line here is that while this is clearly on a different level talent-wise, it is NOT an easy listen by any means. If you are a fan of Frank Zappa or King Crimson at their strangest and jazziest, “Batterie Deluxe” is definitely for you. The rest of you might not survive this record! The album features guest appearances by Mats Öberg, Devin Townsend, Frederik Thordendal, and more.

I have been a fan of progressive metal and progressive rock for most of my life. My music collection is insanely large. My passion for life is music...progressive music!
View all posts by Rob →
This entry was posted in avant garde, experimental rock and tagged music review. Bookmark the permalink.