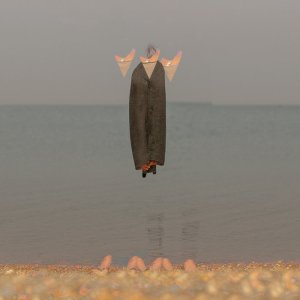 Let’s just get this out of the way. “Sonance” is amazing. The band behind this amazing album is Contemplator from Quebec. What makes “Sonance” so great is that it’s an all instrumental affair that could have either harsh or clean vocals over it but the music is so great, it doesn’t need it. This is how prog metal should be. It’s technical, it’s heavy but it’s also melodic and ethereal.

The band use strings here and there through out the album (courtesy of Jeff Ball), like on the opening track “The Veiling” and “Art of Nothing” and instead of being soothing, the strings give an added tension to the already dramatic landscape. Bassist and mastermind Christian Pacaud shows just how damn good he is on tracks like “Shapes” and “Echopraxia.” It’s jaw dropping stuff.

There are plenty of riffs for guitarists Antoine Baril and Maxime Rochefort including some tasty soloing on “Welkin.” Drummer Antoine Guertin is an absolute beast. The band are tight and easily move from a super heavy part to some amazing, atmospheric moments. There’s not a wasted moment to be found.

The mix from Colin Marston of Gorguts is perfect. What don’t I like? Well, I’d love the album to be even longer than it is! It’s that good! Not crazy about the static at the end of the album but that is just nitpicking. Contemplator are a very talented and dangerous band. “Sonance” is an album that is sure to please fans of any type of progressive metal. This is an album not to be missed!