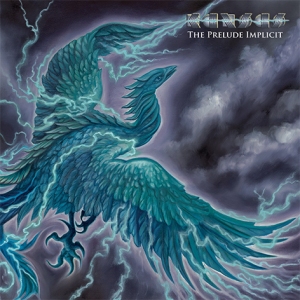 Kansas are back and yes very different from the Kansas that we all know. Steve Walsh and Kerry Livgren are both not in the band. Since they were the principal songwriters over the years. Original violinist Robby Steinhardt is gone as well. So who is left? Original members drummer Phil Ehart and guitarist Richard Williams are steering the ship with longtime bassist Billy Greer.

Joining them for the new album “The Prelude Implicit” are violinist David Ragsdale, who has now replaced Steinhardt twice and new members Ronnie Platt on lead vocals, keyboardist David Manion and guitarist/producer Zak Rizvi. Platt has a tone and style that is definitely similar to both Walsh and previous vocalist John Elefante. Obviously, Walsh was not the singer he used to be, so his retirement was ultimately best for everyone.

In addition, Walsh was not into writing new music which explains the 16 gap between releases. Now this all means that this is certainly a legitimate Kansas album. The band should do whatever they want. The problem is, without Livgren and Walsh, how would new material stack up to the classic material. Unfortunately, it doesn’t stack up but that’s such a daunting task when you consider just how incredible all of that music is.

“The Prelude Implicit” isn’t par with “Leftoverture,” or “Point of Know Return.” But it also isn’t as amazing as the cult classics “Masque” and “Song for America.” However, I think it does sit fairly well along side the Elefante era albums and Morse era albums. It’s a band that is not quite firing on all cylinders but certainly making a good effort to try and do so.

The album opens with “With This Heart” which is a “radio friendly” track with a decent hook. The problem with that song, and the few that follow it, is that it’s rather bland. It’s as if the band is trying for a hit which at this stage is highly unlikely. So it makes me wonder why the band wouldn’t push themselves to do something bigger.

Things do get bigger and more interesting starting with “The Voyage of Eight Eighteen” which is the longest and easily best track on the album. When you hear a track like this, you wonder why there isn’t more like it. The momentum continues with “Camouflage” which is not nearly as interesting but has some muscle to it and a good riff. The next song “Summer” is an upbeat, thumper with a good hook. The song has a lot of energy and the solos trade off which is something I wish happened more.

Another good track follows with “Crowded Isolation,” which has a very cool rhythm, a cool solo section (synth and violin) and excellent harmonies. The instrumental closer “Section 60” is a perfect closing track, very majestic. The main problem that “The Prelude Implicit” has is that the second half of the album is a LOT better than the first half. Maybe if the album had been sequenced differently, it might be a better balance between the mid-tempo, somewhat bland tracks and the ones that have the old Kansas fire.

Overall, it’s really cool that this lineup has decided to release new music. It’s certainly a brave move. While “The Prelude Implicit” is far from being classic Kansas, it does serve as a fair document of the current state of a legendary band. Fans of Kansas should certain give this album a chance. The good news is that this is still very much Kansas regardless of who is in the band.