What’s in a name?

The question of when is a band no longer “authentically” that band is one you see constantly raised in music. Rarely do you have a band like Rush that kept the same members for years and then disbanded upon the passing of Neil Peart. On the flip side of that is Yes, who lost the only constant member they had, Chris Squire, who wanted the band to continue after his death.

The current version of Yes

If Geddy and/or Alex chose to continue as Rush, it would certainly have caused an uproar. That’s not to say that, despite the numerous lineup changes, the validity of the current Yes lineup hasn’t come into question. The current lineup is led by guitarist Steve Howe who is not an original member but took part in many of the band’s greatest successes. Drummer Alan White is technically still in the band, though his role is severely limited due to health issues. White has been with the band since 1972, so him maintaining his membership is a huge plus for the Howe led lineup. 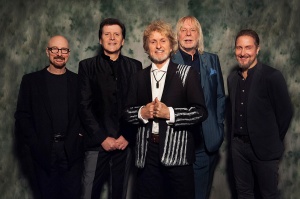 Jon Anderson is an icon and he briefly turned his side project with Yesmen Trevor Rabin and Rick Wakeman into Yes…well Yes featuring ARW. Many fans declared that this band was more “Yes” than the current Yes. So that begs the question as to what gives a band that “authenticity.” Obviously Anderson joining the Howe/White Yes would lay all questions to rest but that seems unlikely. And if White decides to retire, isn’t it more Asia than Yes (Geoff Downes on keys afterall!).

Other bands have existed with one defacto leader for years and there’s never been any question. Camel has with Andrew Latimer, Ian Anderson with Jethro Tull, Robert Fripp with King Crimson, Mikael Akerfeldt with Opeth. As long as these guys are present, the band is who they claim to be. But that’s often a product of a dictatorship, right? Problems arise when multiple members are seen as “leaders.” Taking Yes again, Squire and Anderson were the founders and decided who stayed and who got fired in the band. But then Anderson split in 1979 (and again in 1988). That essentially gave the rights to the band name to Chris Squire. 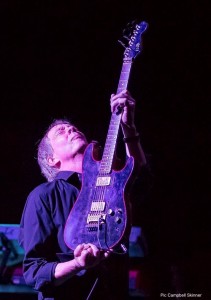 This isn’t to say that Yes don’t have the legal right to call themselves Yes, nor that they shouldn’t honor Squire’s dying wishes. It’s more about asking just how Yes are Yes? And more importantly, does it matter? At some point, do bands cross a line to no longer be who they claim. Foreigner has been lead by Mick Jones for years with no other original or long time members. Jones then had to miss shows but the band played without him. What difference is there between that and a Foreigner cover band at that point?

Is the name of the band owned by the music versus the people playing it? Or do the fans decide based on their interest in the band calling themselves by said name?

What do you think? What’s in a name?

2 Responses to What’s in a name?