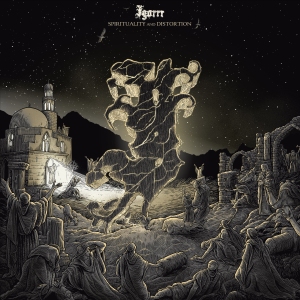 First off, Igorrr is not going to be for everyone. If one were to look up extreme metal, I think Igorrr would be the definition. There is literally every thing including the kitchen sink in the music. “Spirituality and Distortion” mixes so many genres that should not work when mixed (yet do) and so many odd choices of instruments. Harpsichords? Accordion with blast beats? Yes indeed!

“Downgrade Desert” starts off with a middle eastern acoustic guitar before going into a sick groove metal style and eventually a middle eastern style vocal. That one actually makes sense. “Nervous Waltz” is indeed a waltz that alters between strings and a pounding guitar riff. Even then it goes many other places that keep you on your toes. One of my favorite tracks.

“Hollow Tree” is the harpsichord led track. “Camel Dancefloor” takes the middle eastern theme and mixes it with dub. Normally, I am not keen on dub but Igorrr figure out how to make it entertaining. Remember the accordion with blast beats? That would be the track “Musette Maximum” which is another favorite. But there’s also epic metal to be found as well with “Himalaya Massive Ritual.” There’s really something for everyone, provided you have an open mind and a fearless spirit. That’s what Igorrr is all about.

Zopp are an instrumental project led by the multi-talented Ryan Stevenson. Outside of the brief intro track, the self titled album is just amazing. I just have a thing for starting off with a throw away track. Style-wise Zopp merge classic prog with a modern sound. “Before the Light” kicks the album off more properly. The key with any great instrumental album is to have strong melodies and this track has one right from the very start. And to be fair, every track after does as well.

“Eternal Return” has a wonderful dual melody line along with some brilliant keyboard work. It sort of reminds me a little of Goblin. “Sanger” sounds like Gentle Giant trying out some cool jazz. The whole album is very bright and powerful too. “V” is a favorite for sure. Love the keyboard choices and the drumming of Andrea Moneta, who is amazing throughout the album.

“Zopp” the album is a must for prog rock fans that want that old school vibe. Great music is still being made and Stevenson is doing it. More people need to take note of Zopp…NOW! 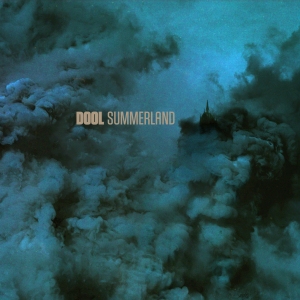 I loved Dool’s debut album, “Here Now, There Then.” The band has a ton of atmosphere and write really great songs. But the key for me is vocalist Ryanne van Dorst. Honestly she has probably my favorite female voice…ever. She is hard to define. There’s power to her voice and androgyny. It doesn’t matter what gender she is and of course I realize I sound like an idiot for even pointing out gender.

“Summerland” is Dool’s followup and I couldn’t wait for this one. If you liked their first album, you will LOVE “Summerland.” Dool don’t fuck with their overall sound, rather they hone it down and come up with another batch of Katatonia meets modern day Opeth style tunes.

The album kicks off with the driving “Sulphur & Starlight.” It’s a great representation of what the band is all about and made a great first release for “Summerland.” “God Particle” is really cool because it does show that the band is going to add different things. The acoustic folk intro to start the song is very cool before the song leaps into a slithering stomper. “Can you relate to me?” Indeed I can.

The title track is a slow, swaying number that showcases the incredible vocals of van Dorst. Listen unbelievers! On the flip side of that is the upbeat “The Well’s Run Dry” which would make a great single. The album closes with “Dust & Shadow” which is absolutely MASSIVE. It does start with what sounds like a music box before getting fucking huge. If I needed to be sold on this album, this track clinched the deal. WOW!

Of course, I didn’t need to be sold on it. I was sold from the first few notes of it and pre-ordered the deluxe edition on the spot. I can tell you that “Summerland” will be on my best of 2020 year end list for sure. Dool know how to write great songs, arrange them properly and execute them flawlessly. I cannot recommend “Summerland” enough!