Blind Ego – Preaching to the Choir

Posted on February 11, 2020 by restlessamoeba

Blind Ego return 4 years after the fantastic 2016 album, Liquid. It came to me right around when I was getting back into music heavily again. I was just rediscovering all the prog and metal releases that I had missed over the previous decade. And in the middle of all that prog and metal, Liquid brought a nice, more straight forward, yet still heavy and progressive in places, set of songs that bridge my love of melodic rock and the aforementioned styles nicely. So naturally, it held a special place for me. Shortly after that album, the band set out to tour but with a different lead singer in Scott Balaban who is handling vocal duties on this release as well. And he handles them extremely well here.

Being primarily a solo project for RPWL guitarist, Kalle Wallner, he brings with him some stellar talent in Sebastian Harnack from Sylvan on bass, Julian Kellner of Dante on guitars, and Michael Christoph on drums. All shine on this release.

We start things off with Massive and some killer grooves and great riffs, which you will find is the name of the game on this album. The chorus greets us with a great melody and harmony combo.

Preaching to the Choir sees a more restrained, yet groove laden opening with a laid back verse and vocals delivered and a low, distorted effect which then heads in to a more frantic and catchy chorus.

Burning Alive is the first single released for this album and makes sense as it is the most catchy and radio friendly one. This actually wouldn’t sound out of place in rotation in a U2 playlist. Very reminiscent of their song Beautiful Day. And this is the first time, but not the last, on this album that Scott’s vocals have a strong resemblance to Bon Jovi here. Imagine if Bon Jovi were still writing great music with strong hooks and melodies and still rocked out? I do want to note at this point, that while I am making comparisons to the sounds of other singers and bands here, Blind Ego is their own thing. Their own sound. I’m just throwing out a frame of reference to what I hear. Does the band sound like Bon Jovi? No. I’m just hearing his voice at times in Scott. 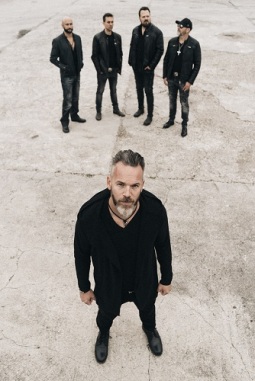 Line in the Sand continues laying down the groove and has another brooding verse into an almost industrial, at least vocally, pre-chorus and then into a very Stone Temple Pilots sounding chorus (you know… back when STP rocked). The band is very tight and shines on tracks like this.

More of that “Bon Jovi-ness” comes through strongly in Dark Paradise and delivers one of the most ballad-like songs on the album. Once again, nailing something Mr. Bon Jovi hasn’t really been able to in a long time. This song goes into an almost Alter bridge type sound as well. This is one of my favorite songs on this album so far.

In Exile is a more upbeat rocker that makes for a great “driving down the road with the top down” kind of song. Such a catchy tune and another one of the more melodic ones.

Heading for the Stars starts in and… I hate to keep making comparisons, but it is the best way for me to get across what this sounds like. And this sounds a lot like one of the slow building rockers by the band Live. Scott is, indeed, a versatile vocalist. The chorus has a soaring melody to it that fits the title.

The first song to not fully grab me is Broken land. There isn’t an immediate hook here but it IS a good song! It is more a of slow burn.

The Pulse, the longest track on the album, and the closer, comes in subtlety with a great baseline …. and kicks into another groove and riff show and then to a driving chorus with abrupt stops and starts. The Jovi shines through here once again.

Blind Ego deliver. Maybe a little more raw this time around, but they know how to write and pound out killer tracks. Don’t get me wrong. The production here is great! Just has a more “in your face” feeling to it. If you dig the last one, definitely give it a go! Check out the vids below! Also including the link to their live show with Scott handling songs from their past. 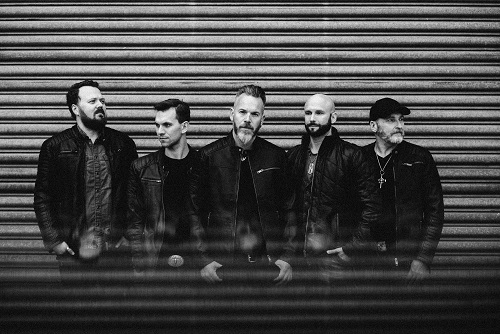 This entry was posted in progressive metal, progressive rock and tagged music review. Bookmark the permalink.