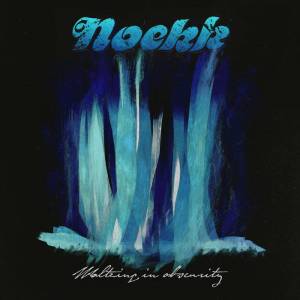 To start things off, we have the long awaited fourth album by Noekk, “Waltzing In Obscurity.” I reviewed their EP “Carol Stones and Elder Rock” from last year which was an all acoustic affair. I had wondered if that was somehow a new direction. No it wasn’t. While I like the EP, “Waltzing In Obscurity” is has what I love about Noekk. A ton of mellotrons, thick guitars and a vintage sound overall.

Noekk are a German duo that take the classic prog sound and add a Katatonia doomy twist to it. The one area that might be difficult for the average listener is the vocals of Helm. He has a deep yet operatic style that reminds me of current Barren Earth singer Jón Aldará and Dan Swanö. That style is not for everyone but he is really good and I think it fits the music.

The title track kicks off with some mellotron so right away I know Noekk is back. The song itself has a big, bold sound and great hooks. In the past, the band have ventured into long, sprawling numbers. On “Waltzing In Obscurity,” there are some punchy, toe tappers like “Perseus” and “On Summits” which are two of my favorite songs on the album. That’s not to say they are remotely radio friendly. Sure, I’ll play them on MY show but this is catchy and weird at the same time.

Noekk are able to merge a classic vibe with modern prog aesthetics. Not many can really pull it off, other than perhaps Opeth. “Waltzing In Obscurity” will go down well with those who prefer Opeth’s “Heritage” and the like. This is prog thru the eyes for reformed death metallers. 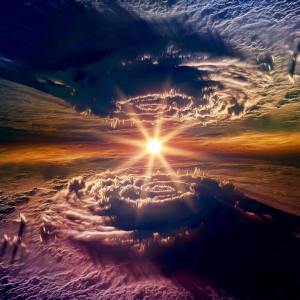 Change can be good but it can also come on too quickly. Such was the case with the last album by France’s Klone. The band were more like Tool and Riverside but perhaps heavier. Then they decided to strip away their heaviness on “Here Comes the Sun.” For me, the album needed SOME edge to it. Instead, it sound like a band sleep walking through the album.

Klone has signed to Kscope and have a new album called “Le Grand Voyage.” My first thought was how heavy would it be. But then I thought, “who cares as long as the songs are good!” While “Le Grand Voyage” is not heavy like “Black Days,” it does add back some of the edge that was missing from Klone’s last effort. Plus, the songs on “Le Grand Voyage” are really good!

Klone have more in common with label mates The Pineapple Thief than Tool at this point. And it would seem, they have adjusted to their surroundings. “Le Grand Voyage” is dark and atmospheric. It isn’t weird or quirky so those days are gone. Bands mature and sometimes the listeners also do.

The songs are big and brooding. The opener “Yonder” sets the overall tone of the album. It’s has a great hook and it just sounds massive. The next song “Breach” is easily a favorite of mine. It has a breezy vibe and INCREDIBLE vocal by Yann Ligner. And that has always been the key to Klone for me, Ligner’s voice. The guy has great range and power plus a raspy tone.

“Keystone” is another gem which does have a slight Tool sound to it, mostly the bassline and drums. “Hidden Passenger” is the current single and I love how things go from quiet to loud. Great dynamics and that’s what Klone is capable of doing. “Sad and Slow” does sum up what Klone sounds like but I never feel like they repeat themselves. “Le Grand Voyage” is Klone finding their balance and they are posed to be a very popular band. 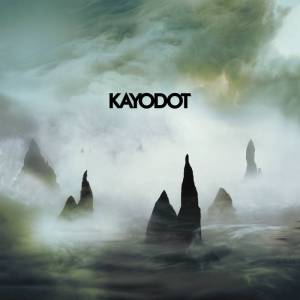 There aren’t many bands that you really don’t know what to expect from album to album. Ulver comes to mind for sure. But even moreso is Kayo Dot. Kayo Dot has done chamber music, death metal, avant garde and post rock. Sometimes this happens on the same album but often it is a change of direction from one release to the next one.

Their last album “Plastic House on Base of Sky” was a strange mix of electronics and avant garde, which I guess if Kayo Dot had a “standard sound,” that album was close to it. “Blasphemy” is their new album and it’s got more in common with their debut album “Choirs of the Eye” and parts of “Hubardo.” But it even reminds me a bit of maudlin of the Well!

Honestly, it’s a very easy album to listen to…I mean that when compared to what we usually get from Kayo Dot. “Ocean Cumulonimbus” starts off mellow with some GREAT vocals from Toby Driver before getting mildly violent. “The Something Opal” actually has a nice groove to it which is not normal for Kayo Dot. It’s a great song too. “Vanishing Act in Blinding Gray” is moody and ethereal but doesn’t get lost either. It’s quite progressive and an awesome song.

There’s not a weak track or a wasted moment on “Blasphemy.” It’s one of Toby Driver’s best vocal performance and also one of the band’s best batches of songs. Kayo Dot is, dare I say, focused. Now, if you get into Kayo Dot based on “Blasphemy,” don’t expect to find anything exactly like it (or even remotely like it) in their catalog. It would be amazing if the album got the band more exposure. They deserve it.