Since Tool is FINALLY releasing a new album “Fear Inoculum” on August 30th, I thought I would take this opportunity to rank the 4 Tool studio albums. It’s hard to believe that since 1993, that’s all that Tool has released. So this brief list does not include the EP Opiate or the compilation Salival.

So this is a short list but no easier to rank since all 4 albums are really great. Let’s get to it!

4. 10,000 Days – Their last album was a mild disappointment for me. Songs like “Vicarious,” “The Pot, “Jambi” and “Right in Two” are among my favorites. But then there’s a bit of filler. “Lipan Conjuring,” “Lost Keys (Blame Hofmann)” and “Intension” do very little for me. Also I think “Wings for Marie, Pt. 1” isn’t as strong as the second part. It’s still a good album for sure. 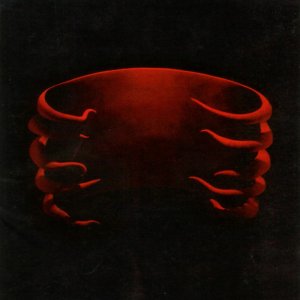 3. Undertow – There are some flat out classics on this album. I still love “Sober,” “Prison Sex,” and the title track. Plus songs like “4°” and “Flood” are still fucking amazing. Not a lot of filler unless you count all of the shit at the end after “Disgustipated.”

2. Ænima – I really can’t decide between Ænima and Lateralus. Ænima has the title track, my favorite Tool song “Forty Six & 2,” “Stinkfist” and the epic “Third Eye.” Hell, I even love “Intermission.” “Die Eier von Satan” is annoying as is “Message to Harry Manback,” though I do find the latter to be funny once in a while.

1. Lateralus – This album wins because even though some of the intro tracks aren’t completely needed, they do work. I love “Schism,” the title track, “The Grudge,” “Parabola” and the trilogy of tracks near the end (“Disposition,” “Reflection” and “Triad). Only “Faaip de Oiad” gets skipped on this one.

I am curious if Tool will forego the need for filler tracks. Yes sometimes they work okay but other times they are just boring as fuck. So what do you think? Also are you excited for the new album?