So maybe 13 is an unlucky number after all. It’s been a while since I did one of these columns. I’ve done a few feature reviews but I haven’t heard enough good albums to cull into one of these columns. All I need are 3 good albums to recommend. OK so I have 3 but it’s not as much of a “slam dunk” as usual, it’s so close. The first album underscores how strange things have been for me lately. 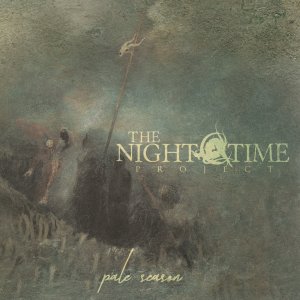 Their second release “Pale Season” starts out incredible! Song after song just flow and have great melodies with amazing atmosphere. Alexander Backlund is a great vocalist with a range that can go from a strange deeper vocal (“Hound” is an example) to some really powerful belting. By the time I get to the track “Anti Meridian,” I am thinking what a masterpiece!

And that’s when the album runs out of gas. The last two tracks are just baffling. “Signals in the Sky” is slow to the point of boredom and has a guest female vocalist whose voice is paper thin. It sounds like a different band and when you are a new band/project, having a defined identity is crucial. The song rises slightly in the middle before going back to listlessness at the end. The closing instrumental “Meridian” is pure filler with annoying distorted programmed percussion.

This album deserved a killer closing song, like an epic! If you remove the last two songs, it’s a somewhat brief masterpiece. But alas, the last two tracks leave you confused. TheNightTimeProject sound amazing and hopefully keep making great music. “Pale Season” is a promising sophomore effort that comes so close to being one of 2019’s best. 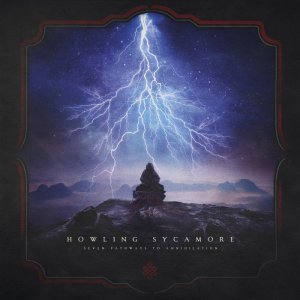 An album that I’ve really been looking forward to is the second Howling Sycamore album, “Seven Pathways To Annihilation.” The self titled debut album was absolutely INSANE. It was easily one of my favorite releases from last year and now they are back already! The band is led by guitarist extraordinaire Davide Tiso and features one of the best drummers on the planet in Hannes Grossmann (Alkaloid, ex-Necrophagist, ex-Obscura) and former Watchtower vocalist Jason McMaster.

The first album just blew me away so expectations were high. While this album is not as “apeshit” as that first album, that does not mean it’s a bad album. It might be as good as the first album but it’s a little bit more…harnessed. McMaster sang like his hair was on fire on that debut album. Here he dials things in and focuses more on melody without having to wail like a banshee.

It would be fair to call “Seven Pathways To Annihilation” a more mature album. But it feels more like the band is finding their musical path. There’s plenty of intensity on tracks like “Mastering Fire” and “Departure.” But songs like “Second Sight” and “Raw Bones” find another method of grabbing the listener, melody and groove. The album has the proper epic closing track that the album above is missing in “Sorcerer.” An epic ending to an an epic album.

Howling Sycamore brings together all of the elements of great prog metal. Killer guitar work, insane drumming and old school vocals. But it’s the songs and their arrangements that will keep you listening. It might be too much to ask for 3 albums in 3 years but I will take two masterpieces in 2 years for sure! 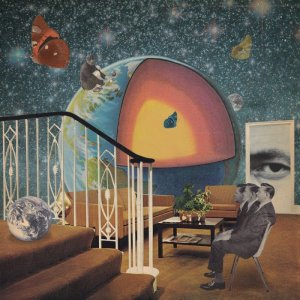 Highly anticipated does not even cover it for the new Thank You Scientist album “Terraformer.” It’s been three years and yet it just feels like even longer since “Stranger Heads Prevail.” Since then the band have had to deal with 3 members leaving in 2017. As you know, one of the big things that make TYS so unique is their horn players and they both left along with drummer Odin Alvarez.

But the band took some time and found drummer Joe Fadem along with new horn section Sam Greenfield and Joe Gullace. Of course then you worry about chemistry and new material. They had their work cut out for them: new members and following up a masterpiece. And now we have the double album “Terraformer.”

How the hell did TYS raise their game? The songs are proggier and have just as much melody and mayhem as before. There is so much music on “Terraformer” that I have no idea where to begin. Honestly, I still haven’t fully processed this album. Ok let me pick a few highlights I guess. This will no doubt change as I listen to “Terraformer” more.

“Everyday Ghosts” feels like the ultimate Thank You Scientist song. Like if I was going to play ONE song to give someone an overview of the band, this is it. “Chromology” is an instrumental. It is also a song that should make every single band out there nervous and reconsider taking the stage with this band. They can and will destroy you. “Anchor” is a great song as well that gives violinist Ben Karas the spotlight he deserves. Plus the song covers a ton of ground too, these songs take you places. I love that.

I really wondered if Thank You Scientist could come close to how great the last album was. “Terraformer” exceeds all the lofty expectations that I had (and you know how picky I can be). “Terraformer” is a game changer that should make bands rethink how they approach their instruments and their vocational choices in general.