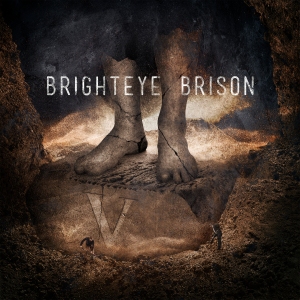 Even with the internet, it still feels rather exotic that much of the music I’ve discovered in the last few years has come from parts of the world other than where I live. Many of these artists have been around for a while before I discovered them.

Brighteye Brison is no exception to this. I saw their name on social media, and then magically the boss offered me their upcoming album – their fifth! – to review.

If you are looking for a big, expansive, progressive rock album, this release will fit the bill.

Opening track The Crest of Quarrel sneaks up on you, all quiet at first, then the mysterious
sounds appear and the song opens up into a progression of music that hints at what might be hallmarks of an epic, keyboard-driven prog sound.

The closing song, The Magician Chronicles, clocks in at almost 37 minutes and is a continuation of a narrative from their previous work. This is another huge, monster of a track with amazing layers of sound. The vocals are especially incredible!

Warning: It’s quite the earworm! This album is wonderful for headphone listening.

Now, I need to check out their other albums so I can catch up on the mythology.