The title of this column could be “Unlikely Recommendations.” At least, this first one is very unlikely. Port Noir is a band that despite being signed by Inside Out Music, I had assumed they were just some alternative rock band. While they certainly have that element has a part of their music, they do fall into the prog world the same as bands like Agent Fresco and Dead Letter Circus (two of my favorites).

In addition to reminding me of those bands, they even have the edginess of a band like Leprous. Their sound is more sparse though. The drums and bass carry the music with synths being the first line of attack on top. That’s not to say the guitars aren’t a part of it. The dynamics allow the guitars to be that much more powerful when they kick in. Port Noir definitely know a good melody and would never be accused of using too many notes. This is more about the song first and I do prefer that.

There’s such a cool vibe to their new album “The New Routine.” It’s thanks to the keys used and how they are used. Sometimes they are pulsating which accentuate the bass line. Other times they form a foundation for the melody. Tracks like the opening tracks “Old Fashioned” and “Flawless” benefit from those synths but also from ridiculous strong hooks.

But that’s not to say that the guitar doesn’t play a strong role. The riffs on “13” and “Drive” remind me of Rage Against the Machine of all things. Cool bass lines are through out this album right to the awesome closer “Out of Line,” which is both catchy and odd at the same time. And then I just want to hear the whole thing over again.

I really did not think I’d like Port Noir. But I decided to give the band a fair listen. Inside Out has released some interesting bands of late with Soto and RPI band Banco del Mutuo Soccorso being part of the current wave. I tried both of those albums out along with “The New Routine” and oddly enough Port Noir is the one that I like. And now, I have become a big Port Noir fan and that’s why I do reviews like this. Just amazing.

Pinkish Black are an experimental rock duo that feature a former contestant on American Idol. But before you think that Deron Beck is some over the top cheesy vocalist, realize that the judges hated him and he was rejected. He was way too fucking weird for that show. Luckily, his voice fits the odd atmosphere generated by him and his cohort drummer Jon Teague.

“Concept Unification” is the third album by the duo and it’s just as strange as their last album “Bottom of the Morning” which I really enjoyed. They have layers and layers of synths that create a dark atmosphere: sometimes heavy and other times quite melancholic. Pinkish Black aren’t an easy listen but that’s the point. Their music is about mood and it can be unsettling.

The difference between the last two albums for me is the synths are clearer and more atmospheric on “Concept Unification.” There’s a bit of a Zombi element to this album and I fucking love Zombi. The songs that really blew me away are “Dial Tone,” “Petit Mal” (a very prog instrumental) and the epic “Next Solution.” But don’t expect a deluge of notes. This is quality over quantity.

It’s been three years since “Top of the Morning” and while Pinkish Black hasn’t changed themselves dramatically, they have honed their sound. The songs are stronger and the atmosphere is at times positively claustrophobic. Take some doom, post rock and soundtrack music, throw them in a blender and you might begin to understand Pinkish Black. But odds are it will take you sometime before you appreciate the greatness of “Concept Unification.” 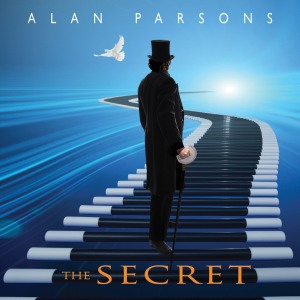 It’s been 15 years since the last album by the legendary Alan Parsons. “A Valid Path” had more to do with electronic music than the last AOR fueled prog rock that he did with The Alan Parsons Project. His new album “The Secret” goes back in time to pick up where APP albums like “Turn of a Friendly Card” or “Eye in the Sky” left off.

The formula that worked so well for Parsons and his late cohort Eric Woolfson is back in full force on “The Secret.” Lush orchestrations(“The Sorcerer’s Apprentice”), forays into pop music (“Miracle” among many) and pristine production. The surprise for me was that Parsons is actually a good vocalist. As with all of the APP albums, there are many vocalists on “The Secret.”

Parsons takes lead vocal on a couple of tracks including my favorite “As Lights Fall.”  His voice reminds me a bit of Steve Hackett, who guests on guitar on the album. There are a plethora of guests of course! Former Foreigner frontman Lou Gramm is one of the vocalists and proves he still has it. The musicians are all top notch as well with drumming legend Vinnie Colaiuta and bass great Nathan East topping the list for me.

If you though Alan Parsons was strictly a nostalgia act, the man has more left to do musically beyond producing others. “The Secret” is a welcome return to the radio friendly prog rock that he did back in the 70s and 80s. It sounds as fresh as it did then which comes as no surprise.

I have been a fan of progressive metal and progressive rock for most of my life. My music collection is insanely large. My passion for life is music...progressive music!
View all posts by Rob →
This entry was posted in art rock, atmospheric metal, pop rock, post rock, progressive rock, space rock and tagged music review. Bookmark the permalink.