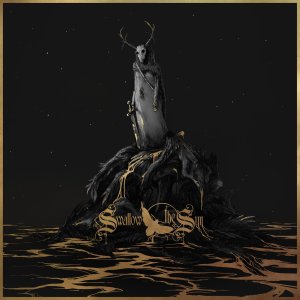 It’s hard to fathom what Juha Raivio has been thru over the last few years. He has seen half of Swallow the Sun leave for various reasons but more importantly, his partner, Aleah Stanbridge, passed away in 2016. No one could blame him if he called it quits. Instead, he completed the album he created with her (Trees of Eternity) and released a side project Hallatar that channeled her music further.

Now Swallow the Sun is back with a reconstituted lineup and an album in “When a Shadow is Forced Into the Light” that is nothing short of staggeringly beautiful. Like any StS album, it’s a sad affair but this album is more than that. It is the sound of Raivio’s soul and his pain. Each time I listen to it, it’s a difficult listen from an emotional standpoint but each time I uncover another layer.

“When a Shadow is Forced Into the Light” takes all of the experiments from their last triple album “Songs of the North” and distills them into an album that is the essence of what makes Swallow the Sun a great band. The melodies are strong, the songs are varied enough and yet hold together well. Mikko Kotamäki gives his best clean vocal performance to date (he’s always had a great harsh vocal). This album is a triumph for a man who has endured so much. 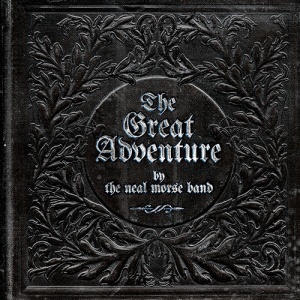 This recommendation may come as a surprise to some people who have followed this site or any of my social media sites. I was a bit critical of the last Neal Morse Band album, “The Similitude of a Dream.” Since then, I have listened to it more and while I don’t love it, I do like it a bit more. “The Great Adventure” is a sequel of sorts to that album. So I expected “more of the same.”

While Neal’s music tends to have it’s similarities, “The Great Adventure” does sound a lot fresher and edgier to me. The music is just really really good overall. Yes it’s a long double album but I don’t find myself wanting to skip tracks like I did on the last one. I think it flows well, the recurring themes that are used are very strong and lyrically it is less trite than some of his past work.

There are a lot of tracks that work both musically and thematically without being overdone. Both overtures set up each disc well, the title track is very memorable, “I Got to Run” has a ridiculously good chorus, “Welcome to the World” (each variation) works well as a recurring theme. I am so pleasantly surprised by this album as a whole. Once again, Eric Gillette’s vocals are such a great addition PLUS I do like keyboardist Bill Hubauer’s unique throaty voice as well. The band has a great dynamic to it and I think being together for a few years now is finally paying off.

If you’ve ever been a Neal Morse fan, I think “The Great Adventure” is worth checking out. I am a fan of his but also one of his harsher critics and this album has indeed won me over. Expertly played, well written and yes some familiar ground is still covered…but it works. All of it works! 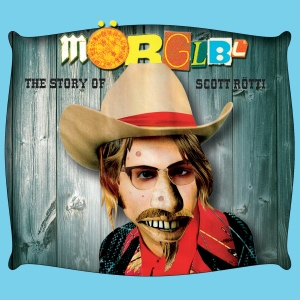 I have no clue how to say Mörglbl. But the name caught my attention, as did the artwork for their new album “The Story Of Scott Rötti.” The logo looks like a ransom note and the artwork is a bizarre cut and paste nightmare. I had to check it out and boy am I glad I did. WOW! It’s a prog jazz metal epic that never loses itself in overplaying. It’s hard to do justice to the album or the songs on this album by a simple review like this. I’ll just give you the basics for now.

Plenty of great hooks and tasty chord progressions are throughout “The Story Of Scott Rötti.” Think the Aristocrats but with more metal and more jazz at times. Every instrumental has its own unique identity which is always the challenge with instrumentals. Riffs are the key to success for me and guitarist Christophe Godin has a ton of them. I have no idea why he isn’t as well known as any guitarist out there. He is that good.

The songs effortless move from metal to prog to jazz to advant garde. This can happen within the song or from song to song. The lone track that seems out of place is the brief closing track “Cor À Cor” which isn’t a song but just an odd ending. But that does nothing to diminish how flat out amazing “The Story Of Scott Rötti” is as a whole. Where have Mörglbl been all my life? I am off to dive into their back catalog and I have no idea if or when I will be back. BUY THIS ALBUM!