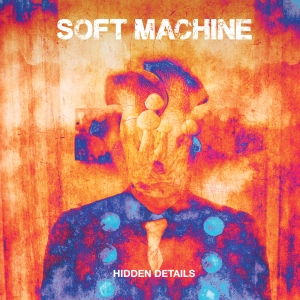 Soft Machine is a band that even those folks who say they aren’t into progressive rock seem to know and love. Perhaps this is due to the fact that the band touch on something beyond prog that becomes their own genre – a blend of prog, jazz (fusion and free!) and modern classical.

The first version of the band was formed in 1966, and it has continued on in some form, with lineup changes and name tweaks, ever since.

The music on this album, though rooted in the legacy of the band, sounds fresh and engaging to my non-musician ears.

Hidden Details is a strong entry in Soft Machine’s discography. I say it would be a good place to start for those not familiar with the band. Many of the folks I am connected to on social media have praised the album, which encouraged me to accept the offer to review it. (And yes, I bought a vinyl copy. As I always say, if you really enjoy the music, buy a download or a physical release. It’s the best way to support the creators.)

The interplay between the players is wonderful, and the sound is welcoming and balanced. The production gives all the members of the band a chance to be heard. These musicians sound intent on making music that engages the listener and make the latter want to return to the album again and again.

My favorite tracks: the guitar-lead Heart Off Guard and the Art Ensemble of Chicago – provoking Life on Bridges.

It was (and still is!) a very enjoyable listen for me and has me looking forward to what Soft Machine might give the world next.

Here’s a taste of the album below:

Music Nerd.
View all posts by madvinyl →
This entry was posted in jazz, progressive rock and tagged music review. Bookmark the permalink.