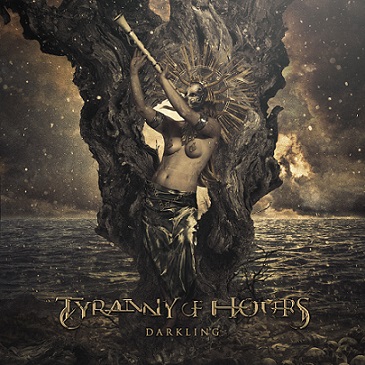 Before getting this album to review, I haven’t heard any music from Tyranny of Hours before. At least, that I recall. But it has been 5 years since the last album and I have listened to A LOT of music since then, so… who knows? That said, I went into this album with a blank slate and no preconceptions. This is a band full of talented musicians and it is reflected in their playing here.

.The riffage starts in earnest with “River of stones”, but backs off where it needs to for the brooding atmosphere. Good track. Now, I’m not a fan of single word choruses but the next track “Oceandead” did grab me but I don’t feel it should have been the lead single. It definitely rocks, though! So why not? If there was ever a song that needed a lyric video, it is this one. The enunciation of the words is a little hard to figure out at times but thankfully I had the lyric sheet to go along with it.

.Up next is “Waited” with a nice little spotlight on the grungy sounding bass. I really dig that sound. Michelle Mattair has a heck of a voice too and sounds great here. But again we have some words blending together on this track. Lyric sheet to the rescue!

.At this point, I’m starting to notice a pattern emerge. Songs start off with great riffs and a great shreddy instrumental section and then slow down for the slow sung verses. “Unwired” has more of that slow singing. I guess it’s just their sound. So be it. The instrumental section on this one is really good as well.

.“Night Becomes Light” has a great chugging guitar to start. Another nice riff. Then slow down for slow verses again. I dig the chorus on this one. It has some nice background vocals that kind of lean toward a bigger chorus, which I like.

.The title track, “Darkling”, has its own personality for the most part. But yet another slow verse section.  One of the better tracks on the album, though.  And then we reach the longest song on the album in “The King’s Mirror”, clocking in at over 9 minutes, which gets into a nice instrumental groove later on and is another track that has its own personality. I know they can do it as they have done it twice in a row now.

.I love the chorus on “Tapestry”. Very catchy. And now we have three songs in a row with their own feel. The mid to last half of this album is definitely the best.

.“Cerulean moons” starts off with a very sad keyboard sound that I feel didn’t last long enough. It would have given the song its own signature but quickly goes into the same kind of riffage as we have heard many times on this album. As it stands, the opening keys at least help me tell the song apart from some of the others on the album. And the last track, “Therefore I Am” is a bit of the same.

.That is the problem I have with this album: that by just hearing a song, I couldn’t tell you which track is playing. And I have listened to this album about 10 times through. There are a few exceptions, but for the most part they all follow the same formula.

.The band was formed in 2011 by Guitarist Don Graham (also on keys and orchestration as well as the band’s GM) and lead vocalist Michelle Mattair. And joining the band in 2015, Mat Galligan on bass and additional guitars and Alex McDonald on drums. They started out in Portland, Oregon, and have been growing their fanbase with regional shows and playing headlining slots at some festivals. 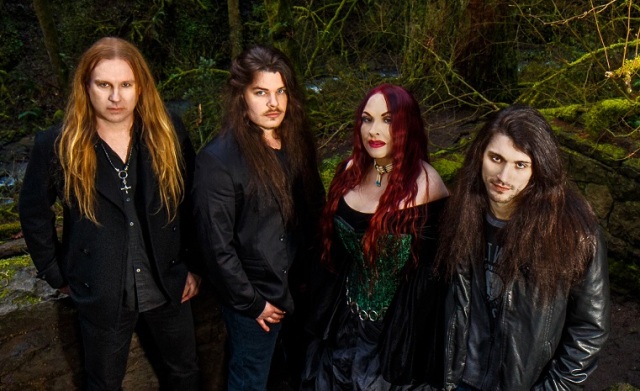 The band is really talented, as I have said, and man, can they write a hell of a shredding instrumental section. It’s the overall song structures and personality of each tune that I think could be improved upon. Don’t get me wrong. This is a good album. But it could be great! And I know they have it in them and look forward to what they bring us in the future.

.This album is only being released digitally for now at all the usual outlets, except Bandcamp, it seems. Their previous album is available both digitally and as a CD from their website.

.Stand out tracks for me: Night Becomes Light, Darkling, The King’s Mirror, and Tapestry.