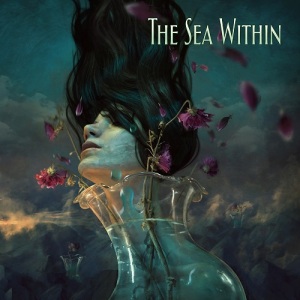 The Sea Within is the latest prog rock supergroup to come along. The band was assembled by Flower Kings guitarist Roine Stolt who immediately brought in Jonas Reingold, also from the Flower Kings, on bass. Stolt added Tom Brislin (former Yes touring keyboardist) who he had worked with on the Anderson/Stolt album. Drummer extraordinaire Marco Minnemann (The Aristocrats, ex-Steven Wilson Band, etc) was also brought on board. For vocals, Stolt tapped Pain of Salvation frontman Daniel Gildenlöw, who was in the Flower Kings also.

The lineup was complete. Or was it? With Gildenlöw having touring commitments with his main band, Flying Colors vocalist Casey McPherson joined late in the process to sing on a few tracks and he has subsequently joined the band for their tour. So the main question was going to be how the music would sound. Would it just be The Flower Kings meets Pain of Salvation? Not at all. While there’s certainly some elements of Stolt’s primary band, The Sea Within is clearly it’s own beast.

As for Gildenlöw, he is VERY reserved compared to some of the more over the top singing he has done in Pain of Salvation. That’s not to say he does sing incredibly, rather it’s more to suit the song than his own chops. McPherson sings all of two tracks on the main album (“Goodbye” and “The Hiding of Truth”) and he sings the middle section of the epic “The Broken Cord” as well. What’s great here is that both vocalists fit the music really well. It’s a nice bonus!

The two big weapons on this album for me are Brislin and Minnemann. Brislin is such an underrated keyboardist and it’s awesome that he’s finally getting a chance to show off his skills. He has great solos throughout the album. Minnemann’s inclusion in the band is interesting because if you’ll recall, Steven Wilson said some rather controversial things about two of Stolt’s bands (The Flower Kings and Transatlantic) a few years back. While it probably wasn’t the reason for Minnemann to join Stolt, it has to be a nice bonus to thumb his nose at Wilson since the two have had some “issues.”

Minnemann showcases his chops but in a very different way than in the past. With The Aristocrats, he is always freewheeling but here he shows that he can drive the song along as needed while showing some flash when appropriate. On the bombastic opener “Ashes of Dawn,” Minnemann shows his knack for incredible fills. While on the very catchy second track “They Know My Name,” it’s Minnemann’s cymbal accents that make the chorus even catchier. If this was a kind world, the song would be a hit.

On the epic “The Broken Cord,” there are actually 4 different singers. Gildenlöw tackles the main vocal. Yes vocalist Jon Anderson provides some very ethereal vocals in the middle section which McPherson sings over. Stolt even gets a brief vocal appearance as well. Plus the unison vocals at the end make for a great climax to the song. Just an overall great track! Both of songs with McPherson on vocals are favorites of mine. “Goodbye” has a cool yet rocking vibe to it. While “The Hiding of Truth” makes an excellent closing song on the main album. It’s a stately number accented by Brislin’s piano work.

And to be clear, this is prog ROCK. This music is not watered down neo-prog. This album does rock! Need proof? “An Eye For an Eye For an Eye” kicks some serious ass. It’s the one track that I think sounds most like The Flower Kings meets Pain of Salvation. If you’ve noticed, I’ve used the term “main album” a few times. That’s because there’s a second disc of 4 songs that are bonus tracks.  I love bonus tracks and these are no exception! 26 extra minutes of great music!

“The Roaring Silence” is a great track that also rocks and is as good as anything on the first disc. Both “Where are You Going?” and “Time” are solid songs that match up well too. “Denise” is probably the only song that really sounds like it doesn’t quite belong. It’s also not the best track to end the entire release with. It’s not a bad track just not as good as the rest.

I give Stolt credit for selecting the musicians that he did. All of them fit so well together and this sounds like a new band rather than a continuation of any other band. He and Reingold turn in great performances as well and I didn’t want to overlook their contributions. The Sea Within are definitely a case of the sum being even greater than the parts. These are some greats parts but when you put these musicians together, you get an incredible self titled debut album. I really hope this is just the beginning!!