Between the Buried and Me – “Automata I” 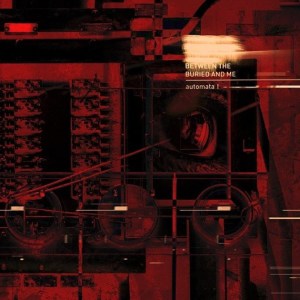 I think many people know that I love Between the Buried and Me and that I hate their new record label, Sumerian. Sumerian is one of the shittiest labels on the planet. Why? I don’t have the space to waste on that but I will explain a little. BTBAM’s new album “Automata” was to be one album, but Sumerian decided that it should be split into halves. Why? The label loves to cash in.

A few years back, Periphery was planning to release a double album, which would be cheaper for their fans than 2 separate albums. Sumerian split the double album into two albums to charge full price. Similarly, they are getting a few extra bucks by splitting “Automata” into two EPs. Not only does this get them a little extra money but it kills the flow of what could have been another masterpiece by BTBAM.

To be clear, “Automata I” is great but after 35 minutes you do feel like you’ve been left hanging! The albums kicks off with “Condemned to the Gallows” which is a great opener. It has one of my favorite tracks that BTBAM have done in “Yellow Eyes.” That song definitely finds them experimenting some more. “Millions” is a track that COULD be on rock radio. And the EP has a massive closer with “Blot.” The musicianship is jaw dropping as usual.

But you just want more. Part of that is because the EP is great but you are sitting there after “Blot” thinking, “ok keep going!” So it’s hard to give a complete grade to this EP. It feels unfinished. On it’s own, it’s amazing. But since it was intended by BTBAM to be one album, I guess we need to wait for the rest to know just how great this half of the album is. To be continued…

2 Responses to Between the Buried and Me – “Automata I”