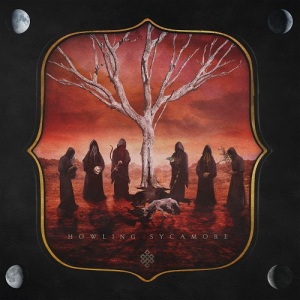 Just when you thought all the great band names have been taken, along comes supergroup Howling Sycamore! When I learned that the band was made up of former Watchtower vocalist Jason McMaster and ex-Obscura drummer Hannes Grossmann, I couldn’t wait to hear this album! Much of the credit for this album goes to guitarist Davide Tiso, who had the idea to put this band together.

Tiso is an INCREDIBLE guitarist and writer. The songs on Howling Sycamore’s self titled debut are fucking insane. This meant that McMaster would need to be equal to the task when it came to his vocals. This is his best recorded effort ever. He goes from classic prog metal vocals to sounding like a raving madman, and it’s amazing! Grossmann is one of the best drummers on the planet and he uses plenty of his patented blast beats along with plenty of technical moves.

The songs are jaw dropping to say the least. Adding to this mix are some special guests including Bruce Lamont from Brain Tentacles whose sax playing on the incredible opener “Upended” and the next track “Obstinate Pace” serve notice that this is quite avant-garde. If you are looking for subtlety, you are pretty much out of luck. The instrumental closer “Dysphoria” is about as “peaceful” as things get and that is still quite uncomfortable.

I cannot believe that I almost missed out on this album! I do get a lot of things to review and thankfully Prosthetic Records contacted me again to reconnect. This is picture perfect extreme progressive metal. It takes the modern extreme approach that Grossmann is known for and adds in the more classic extreme approach that McMaster is known for to create something that is legitimately fresh and new. The self titled debut from Howling Sycamore is a definite candidate for album of the year for me and HOPEFULLY not the last we hear from this supergroup!