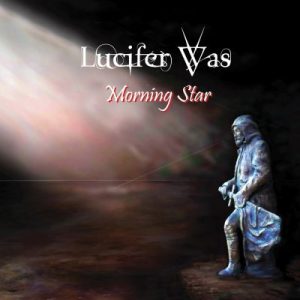 I will start by admitting that I did not know who Lucifer Was was before being offered this album for review. Upon my first listen of their album Morning Star, I was struck by how classic sounding it was for a release in 2017.

Digging for information about the band led me to their Facebook page, where I learned that they have been around since the 1970s – but their first album wasn’t released till 1997! – and that two of the songs on the new album have their origins in tapes from the early era. This will be their seventh release.

This is heavy progressive rock (with a hint of krautrock) with a strong production. It feels really “in your face” to me, in a good way. There is power in the guitar tone. And I am a sucker for the drum sound too.

My favorite track is the epic album closer, Pure. The organ is bliss.

The sound of the album may be rooted in a classic time, but it isn’t staid.

I found this an enjoyable, head-nodding listen.

If you like a heavy sound with your prog, I think you will enjoy Morning Star.

Music Nerd.
View all posts by madvinyl →
This entry was posted in progressive rock. Bookmark the permalink.