Hallatar – “No Stars Upon The Bridge” 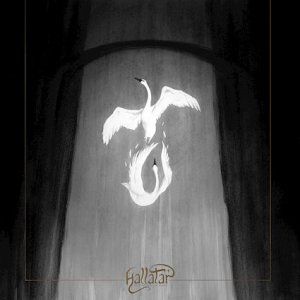 On paper, this album seemed like a perfect situation for me. Amorphis vocalist Tomi Joutsen is one of my favorite vocalists ever. Also, Swallow the Sun guitarist Juha Raivio wrote all the music and he can write some really epic songs. On the Hallatar project they are joined by former HIM drummer Gas Lipstick, and not being familiar with HIM, I couldn’t tell you how good he was. He does fit the music on this album however.

All of the lyrics were written by Juha’s late partner, Aleah Starbridge. Her death was obviously a devastating blow for Juha. They had just completed getting their side band Trees of Eternity’s debut album “Hour of the Nightingale” released. So this project served as a tribute to her. It’s very dark and doomy. Honestly, it’s a difficult listen for me because of the background and also because it’s more funeral doom at times than the more progressive doom I’d hoped for.

Another challenge for me was that Tomi doesn’t always sound like himself! On the opener “Mirrors,” he uses an extreme black metal vocal which he does quite well. It’s just that it literally doesn’t even sound like him! This is more about my own expectations versus the quality of the vocal. The man can really do just about anything with his voice and Hallatar provides him with another outlet for other facets of his vocal prowess.

One major downside is the abundance of shorter poetic tracks. I fully understand why they are there, but they just do nothing for me musically and just break the flow of the album. So while I do appreciate what this album represents, I don’t think it’s an album that I can listen to on a whim. It’s music that you have to be ready for. “No Stars Upon The Bridge” is doom as an artform rather than a music genre. It’s not progressive yet it does take you on a dark journey into the dark place that Juha Raivio has lived in since April of 2016.

I have been a fan of progressive metal and progressive rock for most of my life. My music collection is insanely large. My passion for life is music...progressive music!
View all posts by Rob →
This entry was posted in black metal, doom and tagged music review. Bookmark the permalink.