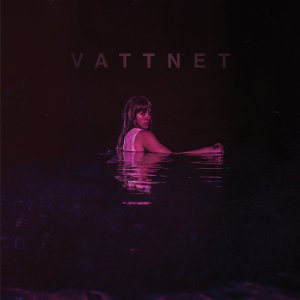 There is nothing more “progressive” than a band that completely reinvents themselves. After releasing two awesome atmospheric black metal albums, New Hampshire’s Vattnet Viskar went through a major change. Lead vocalist and guitarist Nicholas Thornbury left the band. Casey Aylward took over as vocalist and the band shorted their name to “Vattnet.” They also changed their musical style to a modern prog/post metal sound with Aylward doing only clean vocals.

Obviously a change like this will alienate some fans but it will probably gain them new fans. That is if their self titled album is any good. I can safely say that I absolutely love the album and it shows that this band is fearless AND very talented. The album is brimming with great songs that have strong melodies and are still heavy enough to please old fans. “Sugar” even has some blast beats mixed into it!

Vattnet is still heavy but they are a lot more versatile now. Each track has a clear identity and the song sequencing is so good that the album flows perfectly. Another favorite track of mine is “Better Ghost” which has a TON of atmosphere which reminds me a bit of “Sky Swallower” (Vattnet Viskar’s first album). The one problem I had with “Settler” was it didn’t have quite as much depth and dynamics to it. “Vattnet” is ALL about dynamics!

Vocally, Aylward reminds me a little of Circa Survive’s Anthony Green mixed with Geddy Lee but with less “helium” than Green has in his voice. Aylward also has a snarl to his delivery. The riffs are as strong as ever and have more space to develop within the band’s new sound. “Chains” has some of the band’s best riffing. “Time Will Prove Everything” is 8 minutes of awesomeness. It has a relentless rhythm and an insistent riff…and the keyboards on the outro are perfect to close it out.

Progress is what great music is all about and with this self titled album Vattnet have defined what real progress is. This is the sound of a band re-emerging as something different and quite amazing. It just doesn’t get bolder or riskier. The fact that they NAILED it is just incredible. Hopefully, “Vattnet” maintains the band’s old fans and gains them many new ones.

I have been a fan of progressive metal and progressive rock for most of my life. My music collection is insanely large. My passion for life is music...progressive music!
View all posts by Rob →
This entry was posted in atmospheric metal, modern prog, progressive metal, shoegaze and tagged music review. Bookmark the permalink.