Interview with Yogi Lang of RPWL 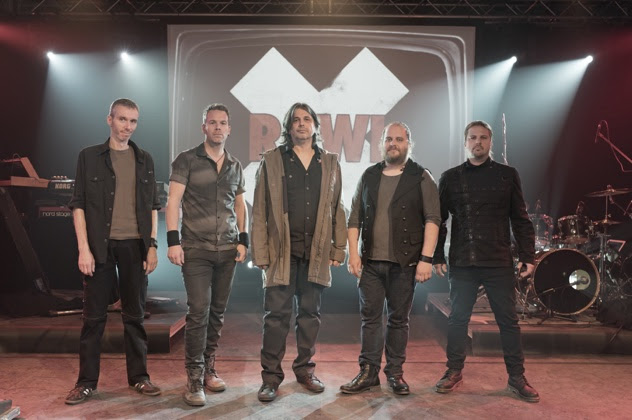 RPWL is one of the finest prog bands to emerge from Germany ever. They are releasing a new concert video for their special performance on Halloween 2015. Dubbed “A New Dawn,” the show featured songs from their last two studio albums PLUS live acting, costumes, and dialogue making it a truly special event. I spoke with frontman Yogi Lang about the show, the video and what’s next for the band.

How did you come up with the idea of the “A New Dawn” concert?

We intended to create a special performance show for the 2014 Wanted Tour, but it came quite clear that we could not bring all our thoughts on stage. Especially when you are on the road for more than 4 weeks. So what we did was a ‘tour version’ of the show. We did a couple of recordings during the tour but the show was made for the audience and not for putting it on film. For example, we had audio and video surround, screens with audio in the back of the audience. It’s cool for the audience, but complicated to film. And so right after the tour, the idea came up to take more of the original ideas and create a special ‚Wanted’ show focused on recording a concert film. That was when the idea of “A New Dawn” was born.

The show fuses songs from both “Wanted” and “Beyond Man and Time” into one overall concept. How difficult was that and how did you choose which songs would work and which ones would not?

“Beyond Man And Time” is kind of a theoretical basic that leads to the story of “Wanted.” These theoretical elements should also be part of “A New Dawn.” But when we worked on that, the show running time was the real problem: we’d loved to bring in more songs of “Beyond Man And Time,” but at the same time we didn’t want the show to be longer than 2 hours in the end. So we decided to make a special version of “The Fisherman,” representing the main idea of the previous album. 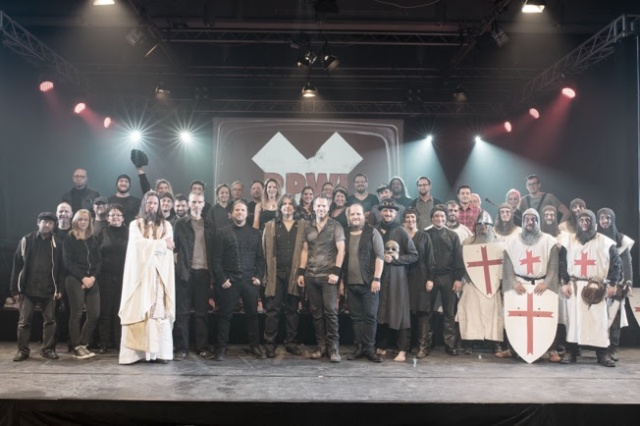 This is a massive production which includes actors and guest musicians. How did you pick who would be a good fit for the show?

We thought about having the whole “Wanted” team that was on tour back in 2014. You know, we did a whole tour together and so this team was really well-rehearsed. The additional musicians are friends of the band. All the backing singers for example have already recorded with the band in the past! It was extraordinary important to have a good atmosphere around the project, because it was quite clear that this work will be extremely stressful! It was a real big family event in the end, a fantastic experience for everyone! being involved.

The band is also a part of the acting too. Was that difficult to convince the whole band to step out from behind their instruments and be a part of the show?

Of course you add another dimension to the performance but we were kind of used to it. We already did lots of acting when we were on tour with “Beyond Man And Time.” Once the show starts, your part of the story and everything becomes just one big stream leading through the story. To be honest, I love that!

Was there ever a chance that this show would lead to others or was it just too much of an undertaking?

Maybe it’s not the time to answer this question! I mean, it’s not only the show itself, but all the rehearsing, the recording, video edit, all the work around such a project. With this project we were definitely pushing the limits what the band can accomplish.

I have to ask as a fan of the band, when is the next studio album?

We planned to work on new material in the studio this year. So hopefully we’re back with a new album next year.

To purchase your copy of “A New Dawn,” click here.

To read my review of “A New Dawn,” click here.

I have been a fan of progressive metal and progressive rock for most of my life. My music collection is insanely large. My passion for life is music...progressive music!
View all posts by Rob →
This entry was posted in art rock, progressive rock and tagged interview. Bookmark the permalink.