Posted on October 22, 2016 by cristinasomcutean 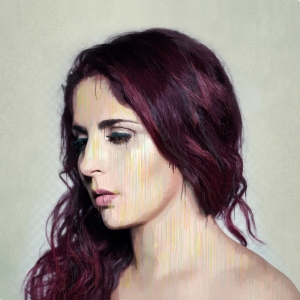 Vocalist and violinist Marcela Bovio is often associated with progressive music: She is the frontwoman of the symphonic progressive metal band Stream of Passion (the band is currently on their final tour) and collaborated with bands such as Ayreon, The Gathering, MaYan, The Gentle Storm and Epica. This year, Bovio started a crowdfunding campaign to fund her very first solo album, “Unprecedented”, and the campaign reached 448% of the original goal in two months. The album contains ten songs in English and Spanish for string quartet and voice, produced by Joost van den Broek and recorded live in the Netherlands.

Honestly, I could stop my review here. The aforementioned facts speak for themselves. And here is the reason why her crowdfunding campaign has probably been so successful: Anyone who knows Marcela Bovio as an artist also knows that nothing she puts out could ever be just average or even disappointing.

“Unprecedented” is no exception. Yes, one could definitely call it a classical album, but that is irrelevant. It is the actual music that sounds magnificent. Marcela Bovio’s vocal performance is striking, but also minimalist at the same time, but above all, she sings in the most genuine and touching way, which is very hard to find. And no, I don’t exactly understand Spanish and can only guess what the lyrics mean, but believe me: You will be able to feel every single word.

All ten tracks on “Unprecedented” sound beautiful and each one has its own character. “Dime” is a quite rhythmic song and stands out against all the other tracks. “Powerless” and “Alicia” have the most beautiful melodic themes and “Saboteurs” is particularly exciting towards the bridge and the ending. “Stars” is just magnificent: It is the only song with operatic vocals, and Bovio sings in literally indescribable heights (I couldn’t figure out the pitch of the highest notes, even though I tried). Finally, “The One” builds up very nicely and is probably the most dramatic song on the record.

This album shows that you don’t always need several guitars, drums, keyboards, a full orchestra and a choir to make an album sound complete. After all, music is all about emotion, and “Unprecedented” is full of it. If you like classical music, get this album now. If not, still give it try – it may surprise you.

This entry was posted in classical, progressive rock and tagged classical. Bookmark the permalink.