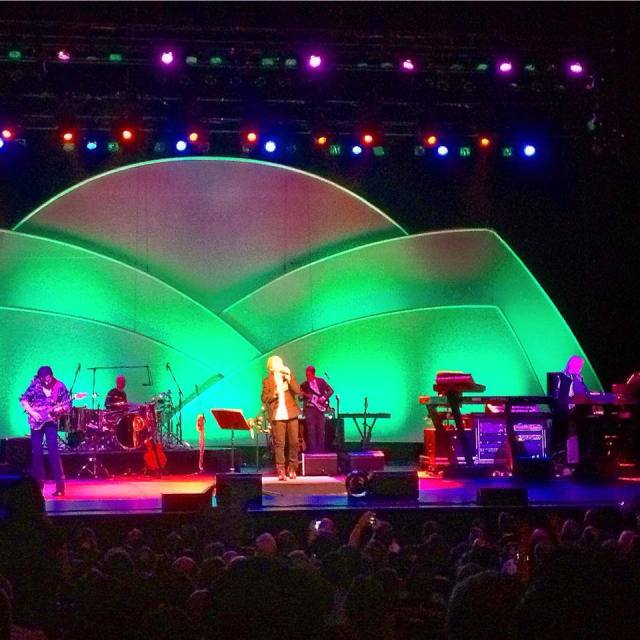 The line has been drawn. There are two Yes bands. One owns the name, the other has the heart and spirit of the band. For me, after seeing ARW (Anderson Rabin Wakeman) play live, they are Yes to me. The chemistry between the three Yesmen and their rhythm section of Lee Pomeroy on bass and Lou Molino III on drums was undeniable. They had FUN! And so did the crowd.

Jon Anderson sounded amazing. He can hit every note as he did at any point of his career. Yes music just isn’t Yes music without him singing it. Whether it was classics like “And You and I” or “Heart of the Sunrise” or 90125 deeper track “Hold On,” Jon was in TOP form. In addition, Rick Wakeman is Rick Wakeman…still. The man is incredible and his solos were mindblowing. His piano work on the ABWH track “The Meeting” was simply beautiful.

Trevor Rabin is shaking off 20 some years of rust, at least in that he hadn’t played live in years. His playing was awesome and powerful. He seemed to forget his own lyrics during “Lift Me Up” and the band seemed a little lost at one point but other than that, Rabin was so refreshing. I’ve missed him. With all due respect to Steve Howe, Rabin is just my preference. He is a nice guy and can play any of Howe’s parts.

It was interesting that he avoided playing the acoustic intros to “And You and I” and “Roundabout” was perhaps a way to thumb his nose at Howe who has never been kind to him in the past. Bassist Pomeroy did his best Chris Squire (including solid backing vocals) and did a monster job on “The Fish.” Molino got a drum solo prior to “Lift Me Up” and my jaw literally dropped. The guy can really play! 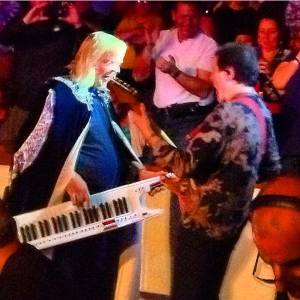 One of the coolest parts of the show was Rabin and Wakeman coming out into the audience to trade solos next to the soundboard! Wakeman had a keytar and they clearly had a blast, as did the audience. VERY cool moment. Would I have liked to have heard “Changes” or anything from “Talk”? Definitely. But I am not sure what I would have dropped to make room. It was over two hours of incredible music from an incredible band. That was Yes.

Setlist:
Cinema
Perpetual Change
Hold On (with ‘Solid Time of Change’ lyrics spoken intro)
I’ve Seen All Good People
Drum Solo
Lift Me Up
And You and I
Rhythm of Love
Heart of the Sunrise
Long Distance Runaround
The Fish (Schindleria Praematurus)
The Meeting
Awaken
Owner of a Lonely Heart (with ‘Make It Easy’ intro and inter-weaved during solo/outro)

I have been a fan of progressive metal and progressive rock for most of my life. My music collection is insanely large. My passion for life is music...progressive music!
View all posts by Rob →
This entry was posted in progressive rock and tagged live review. Bookmark the permalink.