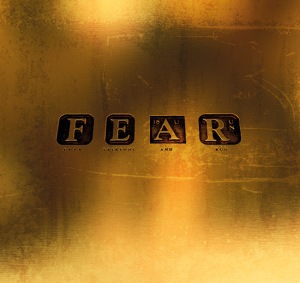 “Fuck Everyone and Run” is a provocative title to be sure. The topics that run through the new album by Marillion deal with today’s world of greed, power and yes fear. It made for a great acronym. Still, not many prog bands have been bold enough to use the work “fuck” in a title. Marillion aren’t your average prog band.

“F E A R” was the latest crowd funded project from the band that INVENTED IT! I was on board quickly as something felt like they had something to prove. Not to me or their audience but to themselves. It had been 4 years since “Sounds That Can’t Be Made” and while that was a very good album, Marillion hadn’t landed a bonifide masterpiece since “Marbles.” That was 2004, so I felt they were due for one.

“F E A R” is indeed a masterpiece. It takes the large scale epic structure of songs like “Ocean Cloud” from “Marbles” and more cinematic approach they took on the “Afraid of Sunlight” album and merges them perfectly. Everyone has heard “The New Kings” but have you heard all 16 plus minutes? The song is one of three long suites on “F E A R” and I like the other two even more.

“El Dorado” opens the album and part two of the suite (“The Gold”) is the first of many major highlights of the album. STEVE ROTHERY, KIDS! The benefit of these longer suites is that Rothery and Mark Kelly have room to spread out. Even the “shorter” tracks are great too. “Living in FEAR” should be released as a single. It’s as if the song “Afraid of Sunlight” evolved into a gospel number. “White Paper” is another gem at a mere 7 plus minutes.

“The Leavers” is the longest of the suites and has plenty of melody and atmosphere. Even the quieter moments on the album aren’t TOO quiet which has been a problem I’ve had with albums from “Brave” thru today. And I should also mention that I bought the deluxe edition and the packaging is gorgeous.

By now, you’ve read how many people (including the band) love this album. It’s getting tons of praise and it deserves it. It’s very clear that the band pushed themselves a lot. Maybe some of the melodies aren’t as memorable as I’d like but I am sure with repeated listens that will change. This is an album that needs repeated listens and deserves each one.