To Genesis fans, “Abacab” was either the beginning of the end, the very last good album or more shit since Peter left. Many people already assume Phil Collins was in control but that’s not the case. The album sold very well on the strength of the quirky “No Reply at All.” It seems the mere presence of the Earth, Wind and Fire horns somehow made it less prog and thus less GOOD. And the same goes for the rest…or does it?

The main issue with “Abacab” is that it did not remain the intended double album and by editing it down, the band stripped away some good songs and removed parts of what could have been another great suite. “Dodo/Lurker” is my favorite track on the album and I’d argue that it’s as prog as anything they’ve done. But it was intended to be the start of a four part suite that included the instrumental b-sides “Submarine” and “Naminau.” Adding in those tracks would have certainly upped the prog level of the whole album.

Removing the exceptional “You Might Recall” was a mistake as well. I’m sure most “prog” fans don’t care for “Paperlate” but it’s a damn good song and if it closed out the album, the album would’ve been stronger. Of course it also has the Earth Wind and Fire horn section which just upsets people for no good reason. Leaving off “Me and Virgil” is less of a big deal since it doesn’t really fit overall. Plus, there’s already a track called “Me and Sarah Jane.” 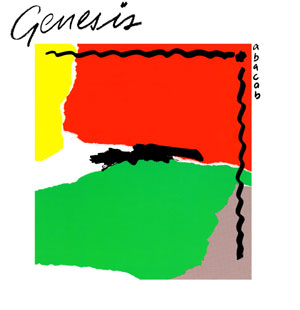 So enough with my fantasy world, what about the album itself? The aforementioned “Me and Sarah Jane” might not be one of Tony Banks’ best pieces but it’s still prog with a more modern arrangement. The title track is a damn good bit of Krautrock and I always thought it was cool. Some think the end is repetitive but when you think of it as Krautrock, what else did you expect?

“Man on the Corner” does sound like an outtake from “Face Value” but it’s still a really good song with a great message. As ballads go, it’s good. “Keep it Dark” is strange and not pop at all. It really shows that they wanted to try new things. “Whodunnit” was Tony Banks’ idea musically and while I don’t like it, it still shows an experimental attitude which is what prog is at its core.

Both “Like it or Not” and “Another Record” are solid songs but the album really lacked a quality closing number. It always feels like there should be ONE MORE SONG. Given the songs they took off, they could have supplied some good ones. The Dodo Suite would have been an excellent closer with the frantic “Naminau” being a great ending.

“Abacab” is still prog as far as I am concerned. No it’s not “Lamb” or “Foxtrot” but Genesis needed to evolve and on this album they did. The problems aren’t on “Abacab.” In fact, they didn’t really start til the self titled album which is why any time a band issues a self titled album that late into a career, you need to take notice. “Invisible Touch” was them selling their souls. To me, there is a massive difference between that album and this one. But if you imagine “Abacab” as the double album it was planned, I think “Abacab” is a more logical follow up to “Duke.”

Plus it had 4 slightly different album covers!

B-sides and removed tracks:
Paperlate
You Might Recall
Me and Virgil
Submarine
Naminau

I have been a fan of progressive metal and progressive rock for most of my life. My music collection is insanely large. My passion for life is music...progressive music!
View all posts by Rob →
This entry was posted in art rock, progressive rock and tagged albums revisited. Bookmark the permalink.