With the tragic death of Keith Emerson, we will never get another ELP album. But Keith leaves behind a legacy of great music which will be loved by generations to come. So I thought it would be fun to rank those great albums. I am including ELPowell and even 3 as part of this. The reason being that they are ELP enough for me. Many bands have had lineup changes over the years and that’s how I view both of these albums, especially ELPowell.

So here’s my ranking for ELP. And no “Love Beach” is not my worst!

11. In the Hot Seat (1994):
The second album after ELP reformed in the 90s and wow it is bad. The best tracks are the redux of “Pictures at an Exhibition” and the Bob Dylan song “Man in the Long Black Coat.” Keith had right hand issues around this time so he had to overdub much of his playing. A terrible way for ELP to go out. 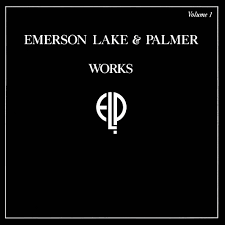 10. Works Volume 1 (1977):
By this point, the band had really fragmented. I think the fourth side of this album is great. Unfortunately, the three solo sides include a lot of filler. They probably have a good SINGLE album in here though.

9. Works Volume 2 (1977):
I actually like the “odds and sods” release better because at least you get more from the three of them together. Unfortunately, it’s a very disjointed affair.

8. Love Beach (1978):
I wrote a piece on this much maligned album. Yes the cover sucks. Yes some of the tracks that start the album are rough. But the last three tracks are some of my favorite ELP songs ever, culminating with “Memoirs of an Officer and a Gentleman” which is SO underrated. This album does change places with the two below it. 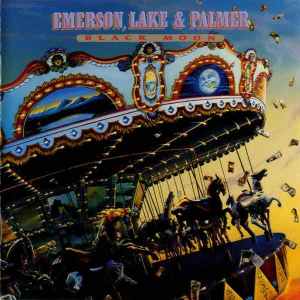 7. “Black Moon” (1992):
There is a HUGE gap between this album and the ones in the lower slots. The album was the comeback album for them and has some great songs on it: the title track, Changing States, Affair of the Heart and Burning Bridges to name a few. This one jumps up a slot once in a while.

6. “To the Power of Three” (1988):
Emerson, Berry and Palmer. I love this album and it does jump up slots. I think some of the album is a tad poppy but damn I love many of these songs: “Desde la Vida,” “You Do or You Don’t” and Keith’s “On My Way Home.” I wish they had done a second album!

5. “Emerson, Lake and Palmer” (1970):
I will catch shit for this one and it does jump up and down a slot or two. It’s a classic album filled with classic songs. No question. I just prefer other albums a bit more.

4. “Emerson, Lake and Powell” (1986):
Let the hate mail begin! I LOVE THIS ALBUM! I always have. “Touch and Go” is an all time favorite. The first side of this album is perfection. The cover of “Mars, Bringer of War” is ridiculously good. 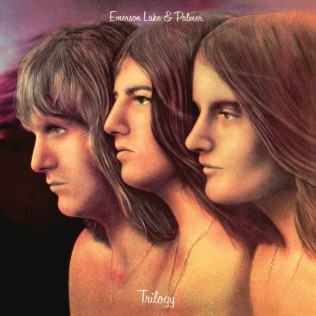 3. “Brain Salad Surgery” (1973)
2. “Trilogy” (1972):
These two are interchangeable for me. I can really rank them in either order. Each have classics. I tend to prefer “From the Beginning” to “Still…You Turn Me On” and “The Endless Enigma” to “Karn Evil 9.” But that could change by the time I post this.

1. “Tarkus” (1971):
This album is my unquestioned number 1. Why? The title track. My favorite ELP song by a MILE! In addition to the title track, “Bitches Crystal” and “A Time and a Place” are two of my favorites.

So there you have it. I did not include live albums as I never do. “Pictures at an Exhibition” had to be left out because it’s a live album. It would rank very high otherwise. So what’s your list look like?

I have been a fan of progressive metal and progressive rock for most of my life. My music collection is insanely large. My passion for life is music...progressive music!
View all posts by Rob →
This entry was posted in progressive rock and tagged rank em. Bookmark the permalink.

Leave a Reply to Lázaro A. Vergara P. Cancel reply