Ten years of music in two hours: a double live album with an unreleased studio track ‘My Silent Sea’ and a remake of ‘Los Endos’ by Genesis for the young Italian prog-rock band, acclaimed worldwide Vivo: the first live album from Barock Project! 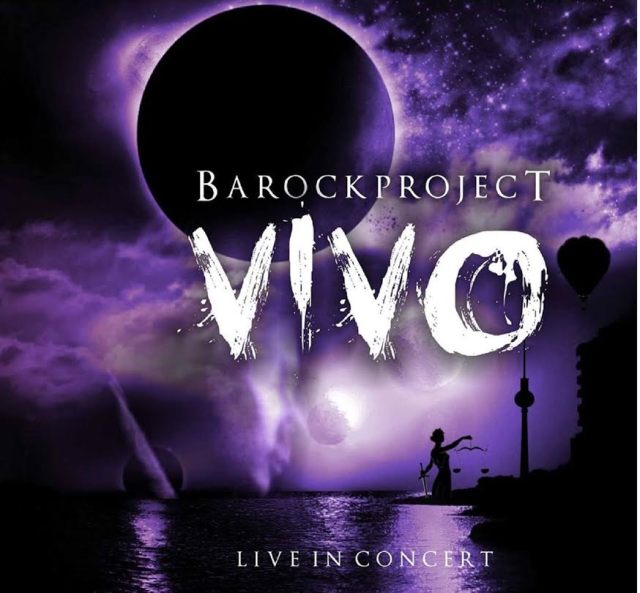 “We strongly believe in the energy that comes from the audience during our concerts: it’s a magical feedback which allows us to give our very best. Vivo has multiple meanings: we wish to give back to the listener the energy that the band produces on stage; furthermore, we want to celebrate our first decade of activity, ten years since recording our very first album; finally, Vivo is a milestone for our new line up and the new musical direction we are taking”. Rarely a live album has so much importance in the history of a band, but in the case of Barock Project Vivo is really a prime chapter: a double live album entirely recorded during the 2015 tour, that summarizes a decade of songs and sketches a future musical scenario, as proven by the new studio track My Silent Sea.

Founded in 2003 by the composer, keyboardist and pianist Luca Zabbini, Barock Project is one of the most acclaimed Italian progressive rock groups in the world. After releasing three albums that showed the band’s progressive evolution (Misteriose Voci 2007, Rebus 2009, Coffee In Neukölln 2012), in 2015 Skyline – featuring Paul Whitehead and Vittorio De Scalzi – set their final international recognition, with sales in 34 different countries. Vivo features hits from all four albums with a special and wider mention for the acclaimed Skyline, filled with the unique character of Barock, that offers a prog-rock contemporary point of view: “Progressive is not a dogma for us, but a starting point. Many bands replicate the same sounds of the 70’s but we try to bring the old genre into the new century, open to modern influences. What differentiates us from other band is that we don’t get lost in technicalities or virtuosity for the sake of it: a good song can work with four chords”.

Vivo’s tracklist perfectly reflects the composing growth and evolution of Barock and also offers the dynamic impact of the band playing live: “In studio we are always very methodical, so when we play the new material live, at first we tend to play the songs as we recorded them, only after some time we start to transform them and this allows us to get motivated and have fun playing. Our arrangements are very rich and we do our best to propose them on stage in a more direct way to ensure a different impact, more suitable to the concert mood”. While a remake of Los Endos by Genesis closes the first disc, the second ends with My Silent Sea, an unreleased studio track connected to Skyline, as Zabbini declares: “I felt I had to close the Skyline chapter because Barock is living a turning point and wish to communicate differently, so I recalled the dreamy and narrative atmospheres of Skyline to give an epilogue to the story of this man on the raft. Our lyricist Antonio De Sarno gave proper meaning to the music I had written. Infact this track could easily be called “Skyline Epilogue”.