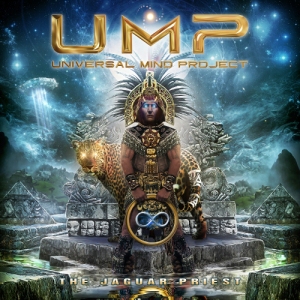 Before digging into this review, it may be helpful to explain what’s exactly going on with this band. I first thought Universal Mind Project is, as the name says, an all-star project like the many projects in the (progressive) metal scene. Apparently, founder Michael Alexander first targeted a project with musicians from all over the world which eventually resulted into a band that happens to work with many guest musicians. That is why I’m going to refer to UMP as a band from now on.

Besides Michael Alexander on guitars and harsh vocals, the band’s line-up is composed of Elina Laivera and Henrik Båth (Darkwater) on vocals and Alex Landenburg (Luca Turilli’s Rhapsody) on drums. By now, some of you may think that UMP is basically the prog-power version of Amaranthe and somehow, you are right. I would describe this band’s style as classic progressive power metal with quite strong Dream Theater influences and an Amaranthe-ish vibe (but with way less electronic parts … and less capable vocalists).

Probably the most interesting thing about the debut album “The Jaguar Priest” is the guest musicians – some of the best known ones being Mark Jansen (Epica), Mike LePond (Symphony X) and Charlie Dominici (ex-Dream Theater). And that is it.

It’s quite simple with this album: “The Jaguar Priest” is another example of a well-written, diverse and basically pretty boring record. I can’t really think of any horrible part on it or of any fantastic one. However, there are two songs that turned out quite well: From all ten tracks, “Truth” is carried by a catchy melody and sounds the most coherent (it also sounds like a bad copy of Amaranthe, but the song itself isn’t bad). Another decent song is “The Bargain Of Lost Souls”, as it is probably the most unusual one.
All in all, if you are familiar with the leading (melodic) progressive and power metal acts, you probably won’t find anything innovative on “The Jaguar Priest”. It is likely that you will lose focus before the album ends. Additionally, the album as a whole sounds disjointed and doesn’t benefit from the many guest musicians.

So is “The Jaguar Priest” an album you should check out? Probably not in its entirety. But if you are a fan of one of the guests on the record, it may pay off to check out the respective songs. Honestly, I will probably never listen to “The Jaguar Priest” again – if you want to listen to great power prog, stick with your favorite bands and stay away from this one.