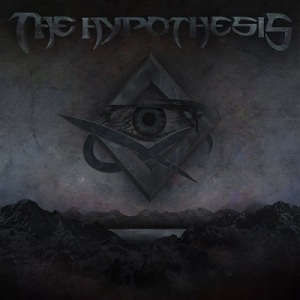 Finland’s The Hypothesis are one of those melodeath metal bands that cross far enough into the prog metal realm to be very interesting. They remind me a bit of Omnium Gatherum who have labeled themselves “Adult Oriented Death Metal.” The same might be said of The Hypothesis. They even have the vibe of Scar Symmetry from that band’s first few albums.

Musically, they have plenty of riffs and drama which is mixed with plenty of heaviness and the guttural vocals of Antti Seppälä. The magic is always the interplay between guitarists Juuso Turkki and Asko Sartanen and the keyboards which always add so much color to the sound.

The opener “Shades to Escape” is the typical in-your-face attitude an album like “Origin” requires to get your attention. If there is a problem, it’s that too many of the songs have the same tempo and attitude. “End of Your Days” does represent a nice change of pace (literally) but it’s not quite different enough. “Exit” has excellent drama and keyboard work, while still operating at a breakneck pace.

“Atonement” and “Eye For an Eye” are the next two tracks and represent my two favorite tracks on the album. The hooks are strongest on these two. It’s also nice to hear some clean vocals on “Atonement,” plus an ethereal keyboard section finally breaks the overall stranglehold of the album. “Eye For an Eye” is just a REALLY strong, well written song and makes a perfect single/video.

Do The Hypothesis offer something different? No. Do they offer something really good? Yes they do. For a debut album, “Origin” sounds incredibly polished and professional. It’s a really strong opening statement from a talented group. Let’s hope they keep growing and developing. The Hypothesis are a band to watch.