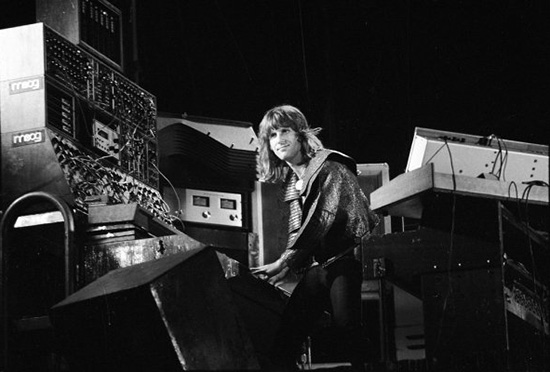 Emerson, Lake & Palmer keyboardist Keith Emerson has died at the age of 71. The cause of death has been confirmed as a gunshot wound to the head. It would appear to be a suicide but that has not been confirmed yet. According to TMZ, Emerson had recently been suffering from a serious medical problem — a degenerative nerve issue in his right hand  We’re told he could only play the keyboard with 8 fingers at this point and knew it was only going to get worse. As a result, he was struggling with depression.

“We regret to announce that Keith Emerson died last night at his home in Santa Monica, Los Angeles, aged 71. We ask that the family’s privacy and grief be respected.”

This from Carl Palmer:

I am deeply saddened to learn of the passing of my good friend and brother-in-music, Keith Emerson. Keith was a gentle soul whose love for music and passion for his performance as a keyboard player will remain unmatched for many years to come. He was a pioneer and an innovator whose musical genius touched all of us in the worlds of rock, classical and jazz. I will always remember his warm smile, good sense of humor, compelling showmanship, and dedication to his musical craft. I am very lucky to have known him and to have made the music we did, together. Rest in peace, Keith.