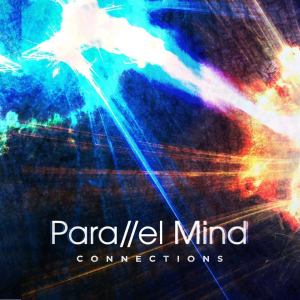 “Connections” by Chicago’s Parallel Mind is one of those really nice surprises. I’d never heard of this band, so I wasn’t sure what to expect. It turns out that the band play a really cool combination of jazz fusion and prog rock with the occasional metal riffing as needed. Overall, “Connections” is a bright sounding, jaw dropping affair as each member of Parallel Mind is a virtuoso.

The album is book-ended by two epic tracks: “Colossus II” and “The Great Divide.” Each are very cinematic and quite epic. “Colossus II” is a four part suite that takes the listener on a journey. For me, it felt like climbing a beautiful mountain, then finding a tranquil lake before skiing down the other side of the mountain. Similarly “The Great Divide” feels like crossing a huge plateau where the land meets the sky. When an instrumental band can paint pictures like this in a listener’s mind, it is pure magic.

Ah, but things are not perfect! I do have 2 issues with “Connections.” The first is the lone track with vocals, “Confession of Faust.” The song is great and the vocal by Erik Martinez is also great. He reminds me a bit of Peter Nicholls of IQ. So what’s my problem? The song just doesn’t really fit the rest of the album. It’s more akin to Dream Theater than prog jazz. So much so that the main riff reminds me a lot of “Beyond this Life” by DT.

The song would be fine on its own, it just feels very out of place within the context of Parallel Mind’s Planet X meets Tribal Tech sound. It does give guitarist Aaron Harris a chance to really rip which is great. The other issue is that almost 7 minutes into the amazing track “Monochrome Carousel,” there is a riff that sounds EXACTLY like “My Life” by Billy Joel. It made me panic and nearly skip the rest of the track. It really threw me off and I definitely wish that part wasn’t there.

Overall, “Connections” has some incredible playing especially from keyboardist Nibandh Nadkarni, who frequently leads the way. But the whole band are tight and while they can definitely solo like crazy, they understand how to take the listener on a ride.