Awake the Sun – “The Barren Sleep” 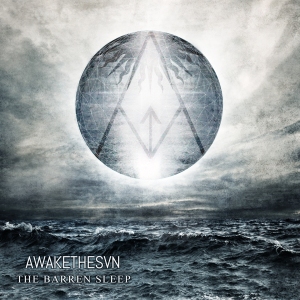 Italy’s Awake the Sun are a combination of prog metal and doom metal. They sound like a prog metal band trying to slow down and play doom. That is the key word for this whole thing, “trying.” Even the name of the band and the album have specific words that you see a lot in both doom and prog. Awake, Sun, Sleep and Barren.

“The Barren Sleep” follows a formula of good musicians who can play, and probably play anything, slowing things down and lyrics that are an attempt at being sad. Lead vocalist Nicola Mel does not have a strong enough voice to pull any of it off with conviction. He has a nasally voice that often sounds flat.

The album might have worked as an instrumental but there really aren’t a ton of memorable riffs or melodies. I only recall differences in the songs because of the lyrics which aren’t great either. “Snow Stained Heart”? No idea what that is. Ironically, I was shoveling snow at the time and my heart wasn’t actually stained by it. I was rather tired afterwords, of shoveling and the album.