Enslaved have reveal artwork for their 25th Anniversary shows in London

Enslaved will play three London shows at the Metal Hammer-sponsored London By Norse event in March next year under the banner Enslaved 25.

The first show, at The Dome on March 17 and entitled Of Frost And Fire, goes back to the roots of the band’s existence. The second show, on March 18 at The Underworld and called From The Runic Depths, will explore the transition from old to new before the final gig, Spinning Wheel Ritual at Shepherd’s Bush Empire on March 19, brings the audience to where the band is now in their musical journey.

The three separate pieces of artwork were created by Costin Chioreanu who has worked with Enslaved on various projects in the past. 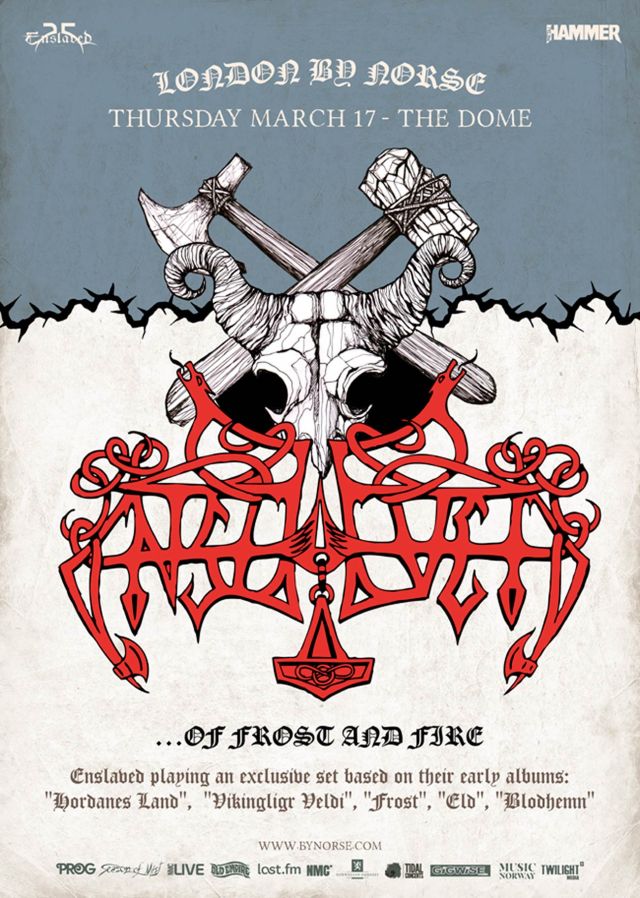 In addition, the centerpiece at the Shepherd’s Bush Empire on March 19 will be the third ever performance of Skuggsjá – a suite of songs composed by Wardruna’s Einar Selvik and Enslaved’s Ivar Bjørnson, that will coincide with an album release via Season Of Mist Records.