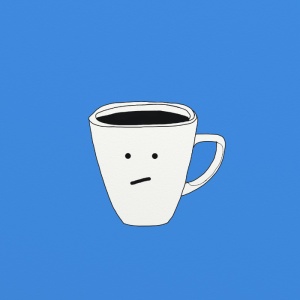 It was about time that I heard some good prog from New Zealand. That’s exactly what the Bob Lazar Story is. Who the hell is Bob Lazar anyway? Bob Lazar is a guy who claims to have worked on a top secret government project that reverse engineered alien technology. The band’s self description is even better:

Imagine Snow Patrol and Coldplay having a no holds barred ultimate fight in a cage until no-one was left alive. The Bob Lazar Story don’t sound anything like that, but would probably write a celebratory tune in 15/8 about it. With no words.

The album starts with the 16 second track called “Harmonics” which is exactly what it is. The next track “Don Branch Venom” has plenty of Frank Zappa but reminds me a lot of Gryphon from “Red Queen to Gryphon Three.” And from there, the next three tracks are all quite strange but still quite catchy…at times. The Bob Lazar Story rarely stay in one place for too long before making a right turn and then a left turn.

Things get really odd on the longest track “Ezekiel II” which has some really unsettling vocals…no lyrics, just the sounds that might emanate from the depths of hell. After that, a spoken whisper tells you of what seems to be demons. The song feels like Mr Bungle warning the world of the apocalypse. The slide guitar that follows proves that if BLS wanted, they could play nice. I am glad they don’t.

The Bob Lazar Story are quite fascinating and really great. I do wish this were a full album and not just an EP because after only 21 minutes, you just want more of this. The good news is that the band have 5 releases on their Bandcamp site and if you like your prog to be quirky and interesting, check out The Bob Lazar Story!

I have been a fan of progressive metal and progressive rock for most of my life. My music collection is insanely large. My passion for life is music...progressive music!
View all posts by Rob →
This entry was posted in avant garde, progressive rock and tagged music review. Bookmark the permalink.