It was hard to decide which Queensrÿche album should get revisited because they have had quite a few that have been panned by critics and fans. I decided to go with “Q2K” because it represented the first “fork in the road,” of which there would be many more.

Following the equally panned “Hear in the Now Frontier,” chief songwriter Chris DeGarmo quit Queensrÿche. The rest of the band decided to continue on with Geoff Tate’s old friend and producer Kelly Gray. Gray is the main change in ingredients and like altering an recipe, it’s bound to taste different. 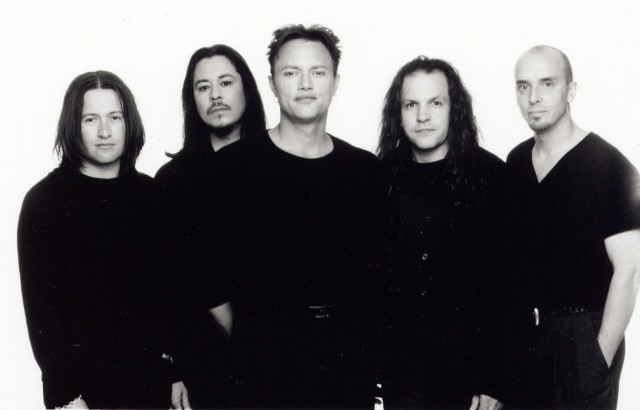 Unfortunately, the song writing credits are given to the whole band. This is unusual as they have always specified who wrote what on every other album. Regardless, “Q2K” overall has a similarity to the previous album. There are some good songs, a lot of crap and one absolute jem.

The very existence of the song “The Right Side of My Mind” makes me wonder why the rest of the album couldn’t sound as great as this song. It has ALL the elements of classic Queensrÿche and would not have sounded out of place on “Empire” or “Promised Land.” Unfortunately, it’s like the band couldn’t manage more than one really good song.

“Liquid Sky” is a solid song for sure and I like it. But the rest of the songs have that slower vibe to them and basically blend together. I don’t think any are a total embarrassment but they aren’t any good either The band seem to play slower to help out Kelly Gray who has never been known as a great guitarist. So much so that Michael Wilton played ALL of the guitar solos live, including DeGarmo’s.

Gray is also at fault for the substandard production and muddy mix. He said “Q2K” would have the bottom end that “Hear in the Now Frontier” lacked. It might have that but everything sounds very muffled. This is typical for him. He produced and mixed the Nevermore album “Enemies of Reality” and it was so bad the band later asked Andy Sneap to remix it. The results were striking. “Q2K” could use a remix too.

Regardless of the sound, you can’t remix the songwriting which is quite blah. The album was remastered in 2006 which didn’t make a difference in sound but it did add bonus tracks. Two previously unreleased songs don’t have enough to save the album. Neither are any better than the majority of “Q2K” and “Howl” sounds more muffled than ever.

“Q2K” was released in 1999 and not 2000. I suppose that should have tipped everyone off that Tate was already out of touch. The album really is as I remember it in 1999. One amazing song, one good song and a bunch of forgettable songs. The advantage that “Q2K” has over the albums that followed it (until the self-titled album which is amazing) is that it at least has that one great song. This was just the start of the downhill slide.

Until There Was You
Howl
Sacred Ground (live)
Breakdown (edit)